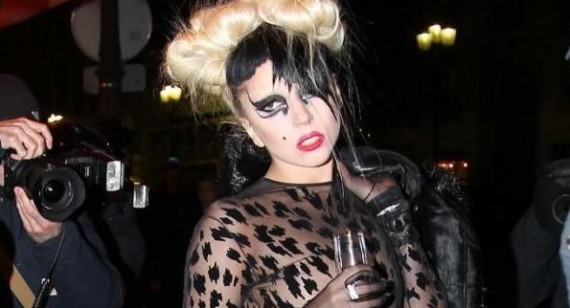 After spending 16 of 21 weeks at the top Lady Gaga has claimed top spot of the UK Album charts from Adele. Lady Gaga recently praised Adele for her continued success.

Lady Gaga can also boast of the best first-week album sells of 2011 so far. Her Born This Way album sold in excess of 215,000 copies in its first week, that is a total which beats the rest of the top 10 combined.

When Lady Gaga was interviewed about her UK chart success she said "I feel so honoured to have the highest first week sales in the UK this year.” She then went onto speak about the origins of the material for her album, accrediting Manchester with the inspiration for her first single Born This Way saying "I wrote the album's first single Born This Way in Manchester because I was so inspired by the confidence and bravery characteristic of my fans."
200 Fan Uploads: Lady Gaga and Adele Gallery

Movie
Will we ever see Emily Blunt in a Marvel movie?

Movie
One to Watch: Beauty and the Beast actor Nathan Mack

Movie
Olivia Munn and Boyd Holbrook excited for The Predator

TV
Kim Kardashian reveals the sibling rivalry between her kids

TV
Kris Jenner to sue Kylie Jenner for using her face without permission?