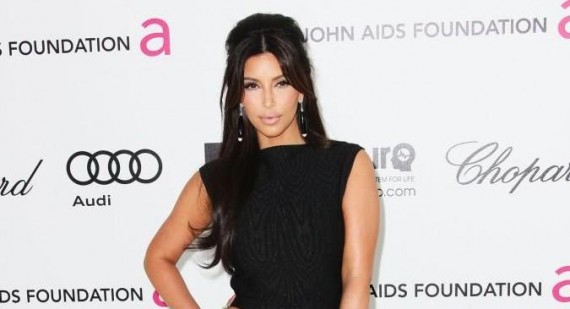 Whether it's the BET Awards in Los Angeles or a concert in Atlantic City, New Jersey, lately wherever Kanye West goes, Kim Kardashian is right there by his side.

The reality TV queen had a VIP ticket to Kanye's concert Friday night at the Revel Casino in Atlantic City.

Kim opted to attend the concert dressed in a long-sleeved black ensemble, keeping herself covered up and looking elegant. She got into the spirit of things and danced and cheered from the balcony as Kanye performed hit after hit including Power, Diamonds and Jesus Walks. 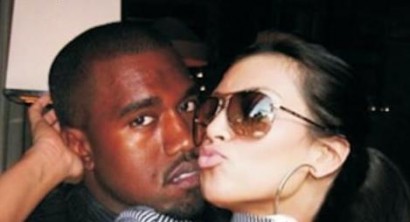 It was the rapper's first U.S. solo show since his Watch the Throne tour with Jay-Z ended last month. After wrapping up his shows in New Jersey, Kanye will next be seen on Kim'shit reality show Keeping Up with the Kardashians.

In a Us Weekly clip teasing, fans got to see the first glimpse of the couple's relationship. The video shows the couple together in New York, back in April, while they were getting ready for the opening of Kourtney Kardashian's beau, Scott Disick's, Japanese restaurant, Ryu.

The reality star is seen putting the finishing touches on her outfit when Kanye walks in. She tells him:  'Hi, babe! I'm so excited you're coming tonight!'

Kanye doesn't say much but does give Kim's outfit a thumbs up and it's clear she's thrilled for her new boyfriend to join the family festivities.
'I am so happy Kanye is coming with me to Scott's restaurant opening,' Kim says in the clip.

Since starting to date Kanye, Kim has undergone a major fashion transformation. She's ditched her cleavage baring ensembles and embraced her curves with an entirely new demure wardrobe which seems to be working a treat. 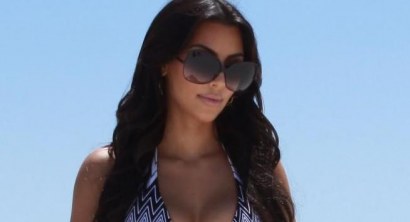 Whilst Kim continues to showcase her hourglass figure wrapped in outfits that cling her her hips and bust, she does so while wearing long-sleeves and high-waisted skirts that fall below her knees. The brunette beauty is even wearing less make-up.
What do you think of Kim's new look?
200 Fan Uploads: Kanye West and Kim Kardashian Gallery