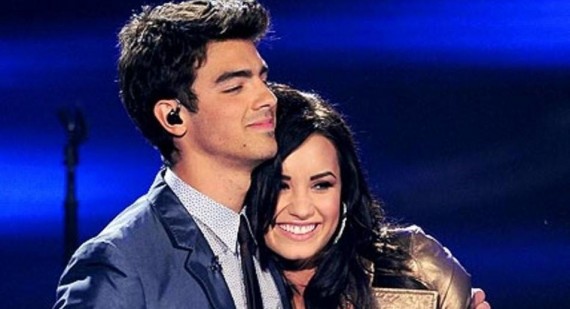 Joe Jonas may be friendly with his ex-girlfriends, but that doesn’t include Demi Lovato, apparently.

This past weekend at the iHeartRadio concert in Las Vegas, country singer Taylor Swift took the stage as The Jonas Brothers presented her an award. Just before that, she had a very friendly reunion with her ex-boyfriend Joe backstage in the greenroom, according to Us Weekly.

The 21-year-old 'We Are Never Getting Back Together' singer met the three famous brothers backstage, where she “hugged and kissed” Joe, 23, and caught up with the single middle Jonas Broyhrt. Joe famously broke up with loveable Taylor via a 27-second phone call back in 2008, breaking her heart .

Apparently though, Joe isn't quite as friendly with all of his ex's. When he bumped into X Factor US judge and ex-girlfriend Demi Lovato, 20, on a flight, he reportedly snubbed her. The former couple - who costarred in the 2008 Disney film and collaborated in the soundtrack Camp Rock - ignored each other completely according to onlookers. 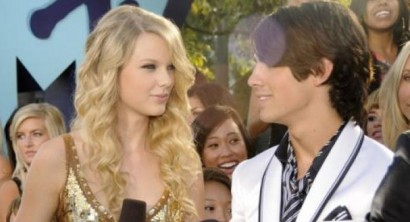 Taylor has been linked to a string of men since splitting with Joe, including Twilight star Taylor Lautner and most recently, new love, Conor Kennedy.
200 Fan Uploads: Demi Lovato and Taylor Swift Gallery

Taylor Swift receives huge praise from Vance Joy
23rd February 2018 @ 01:03pm
Vance Joy opened for Taylor Swift on her 1989 tour and he has been heaping praise on her