Candice Swanepoel is taking her modelling to a new level in the view of some fans with her sexy and provocative photo shoot for 'Lui' magazine. 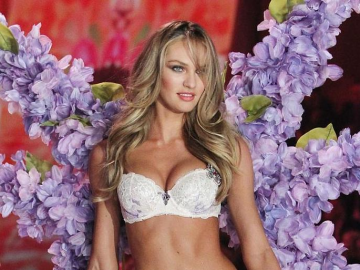 Erin Heatherton put a smile on the faces of some of her male admirers with her desire for a man who only wants to see her naked and has no need for lingerie gifts. 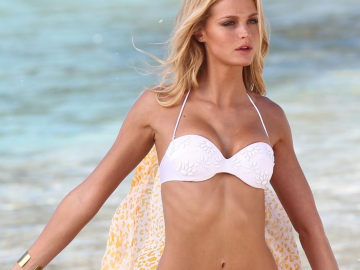 Elsa Hosk has fashionistas looking at her as possibly the next Victoria's Secret superstar model. 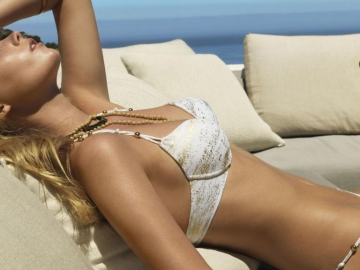 Erin Heatherton surprises with fondness for 'caveman' thinking boyfriend
1st September 2015 @ 03:49pm
Erin Heatherton put a smile on the faces of some of her male admirers with her desire for a man who only wants to see her naked and has no need for ling ...

Will Stella Maxwell add 'spice' to image of Victoria Secret's models?
9th June 2015 @ 01:23pm
Stella Maxwell was spotted hanging out with music 'bad girl' Miley Cyrus which has some fashion fans wondering if she has a similar 'fesitiness' to her ...

Doutzen Kroes' Cannes appearance inkling of movie roles in near future?
4th June 2015 @ 02:14am
Doutzen Kroes spectacular appearance at the Cannes Film Festival and end of Victoria Secret modelling has fans thinking a move to big screen is in her f ...

Adriana Lima shocks insiders with revelation she is a beautiful boxing fanatic
3rd May 2015 @ 06:27am
Adriana Lima is revealed as a study in contrasts as she is one of the most beautiful women in the world who is also a lover of boxing.

Behati Prinsloo gains fans butting heads with Adam Levine over baby plan
14th February 2015 @ 07:42pm
Behati Prinsloo is impressing fashionistas and gaining more female fans after a source revealed she is 'standing her ground' in talks with husband about ...

Nadine Leopold racy lingerie photo hints at big V-Day plans with Harry Styles
2nd February 2015 @ 03:16pm
Nadine Leopold, the girlfriend of One Direction's Harry Styles, shared a sexy photo of herself in black lingerie as 'rumours' emerge of him being infatu ...

Lily Aldridge hints to 'major' surprise with gorgeous yellow bikini photo
21st January 2015 @ 04:51am
Lily Aldridge is preparing fans for a huge modelling surprise as she posted a sexy picture of herself in a Victoria's Secret yellow bikini that has fash ...

Candice Swanepoel reveals 'body' secrets & fashion show 'nerves' on tv
15th December 2014 @ 09:06am
Candice Swanepoel appeared on "Fox & Friends" and disclosed some of her 'secrets" including the fact that she was nervous for London Victoria Secret Ang ...

Jasmine Sanders' VS Pink lingerie photos show supermodel potential
6th October 2014 @ 12:18pm
Jasmine Sanders has been chosen to join Victoria Secret's modelling team and made a sensational debut with her VS Pink debut.

Lindsay Ellingson shines as bride for 2015 La Sposa campaign
19th September 2014 @ 03:27am
Lindsay Ellingson got married in July 2014 but she will be seen frequently in wedding pictures over the next year as the face of La Sposa, a leading bri ...